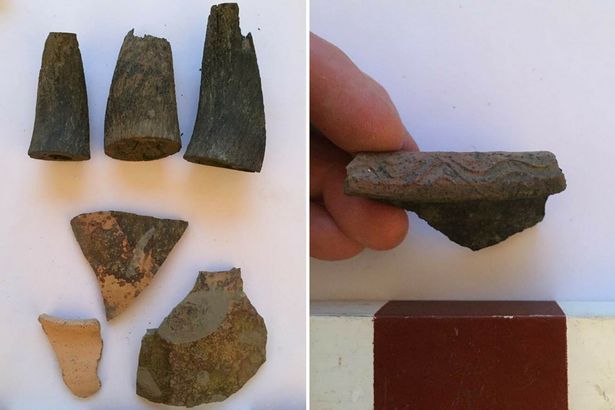 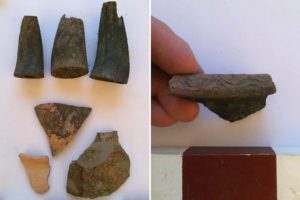 Medieval finds that were preserved in an ancient rubbish dump in Newcastle city centre have been described as some of the richest discoveries ever in the city.

Archaeologists have uncovered pottery, animal bone and leather in a dig at the old Newgate shopping centre construction site.

It is thought the objects, which have been preserved in an ancient rubbish dump, date back to the 12th century.

Developers McAleer & Rushe allowed archaeologists onto the site for two weeks to excavate the finds.

A woven wood fence and the boundaries of a home running parallel to the modern street were also uncovered.

Construction work to build a new hotel, shops and student accommodation continued as the 10 metre by three metre site was dug up.

Most of the finds came from a medieval ‘midden’ or rubbish dump which contained animal bone, leather and green-glazed pottery.