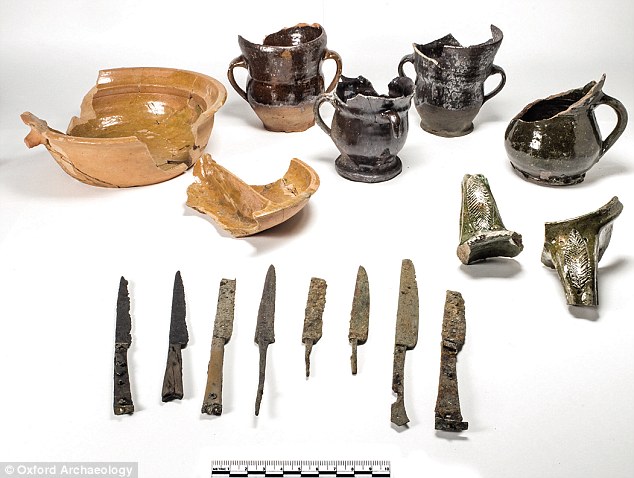 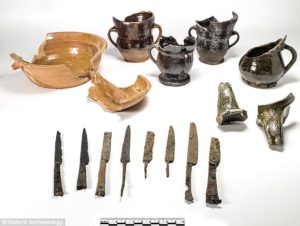 A treasure trove of 10,000 artefacts uncovered in Oxford has revealed what life was once like at the city’s prestigious university 800 years ago.

In one of Britain’s largest ever urban excavations, experts have found bloodletting bowls, writing equipment and beer mugs used by both students and teachers.

The artefacts have revealed that Oxford’s medieval scholars ate a wide range of food including eggs, trout, goose, beef, lamb and salmon.

Uncovered at a university site once run by Franciscan friars, the finds are helping scientists understand what life at the institute in the 13th, 14th and 15th centuries.

Among some of the most exciting finds of the dig, directed by Ben Ford of the heritage consultancy Oxford Archaeology, were a number of tools used by scholars and their students.

These include well-preserved styluses and quills as well as special needles used to draft page layouts on parchment manuscripts known as ‘parchment prickers’.

Archaeologists also found bronze book marks, oil lamps to read by, a rare medieval pencil made of pure lead, and a brass clasp from a large 13th century book.