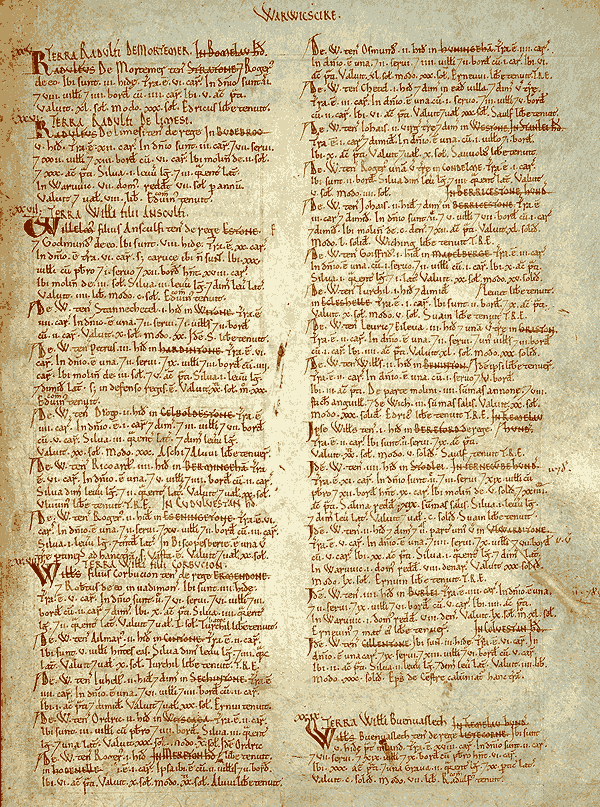 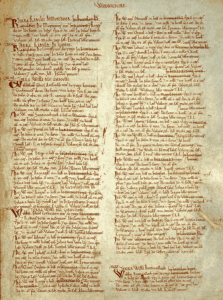 Domesday, the earliest public record and perhaps the most famous book in English history, is to be lent to the British Library for a landmark exhibition on the Anglo-Saxons.

The National Archives announced on Friday that it was lending one of its most prized possessions, the great survey of England commissioned by William the Conqueror in 1085, two decades after his Norman forces defeated King Harold at the Battle of Hastings.

The book lists around 13,000 towns, villages and hamlets in the king’s possession, from Abberton in Essex to Zeals in Wiltshire, and the accompanying livestock, castles, vineyards, watermills, potteries, fisheries and more.

It was originally kept in the royal treasury at Winchester before being moved to Westminster in the early 13th century. From about 1600 it was kept in a large iron-clad chest with three different locks and keys given to different officials so that it could only be opened with the consent of all three.

Claire Breay, the curator of the British Library’s Anglo-Saxon Kingdoms exhibition, said Domesday was “an amazing feat, an amazing production”.

“It is the most famous book in English history and with very good reason,” she said. “There is nothing else like it in contemporary Europe. The level of detail it contains is not replicated for centuries, not until you get the censuses in the 19th century. It is very exciting to have it in our exhibition.”