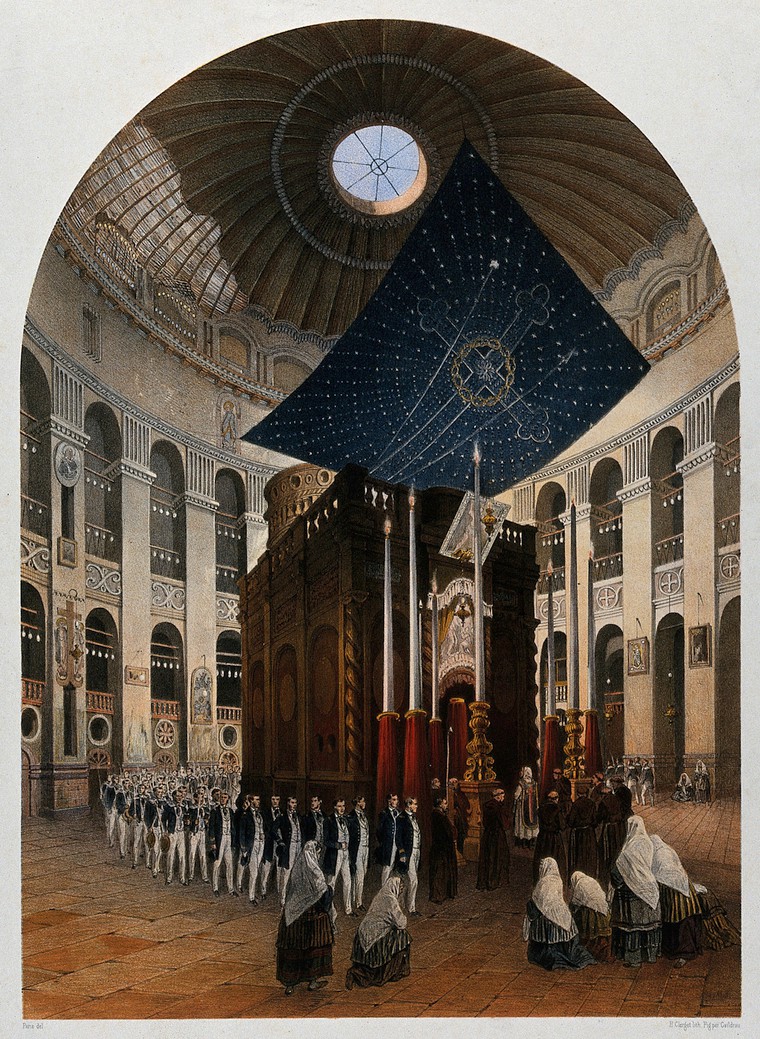 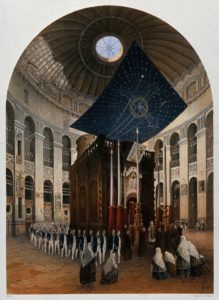 For decades it was known only as the “graffiti stone.” Leaning against a wall in a shadowy corner of Jerusalem’s Holy Sepulcher, the big blank rock the size of a dining-room table invited scribbling by passing pilgrims and tourists.

But two Israeli researchers who recently examined the other side of the stone say the neglected artifact appears to be part of the high altar fashioned in the early 12th century by medieval Crusaders for the holiest church in Christendom, and upon which Mass was celebrated for more than 500 years. The stone’s intricate design, they add, is based on what was the latest Roman style and suggests a direct link to the papacy itself. The revelation highlights the complicated religious politics that still trouble Jerusalem.

The Crusaders were heeding the call of Pope Urban II, who in 1095 urged Western Christians to assist the Byzantine Empire in recovering territory long ruled by Muslims, including Jerusalem. When the European invaders arrived four years later, they put tens of thousands of the city’s inhabitants, Muslims and Jews alike, to the sword and rushed to the Holy Sepulcher, the shrine to the death and resurrection of Jesus. The victorious knights immediately ejected the Greek Orthodox clergy, whom they suspected of both heresy and complicity with Islamic rulers (the eastern and western churches had split in 1054). They then seized control of the city’s other sites sacred to Jews and Muslims as well as Christians, forbidding those of other faiths from entering Jerusalem.

The Roman Emperor Constantine, who legalized Christianity, approved construction of the Holy Sepulcher in 326 A.D., and ordered “that it should surpass all the churches of the world in the beauty of its walls, columns, and marbles.” He had a Roman temple demolished to make way for a massive 250-foot-long basilica and an open-air colonnade enclosing the traditional site of the Crucifixion. He also had a round building situated just to the west built above a rock-cut tomb from the 1st century A.D., venerated as the place where Jesus rose from the dead.

By the time the Crusaders entered the once-sumptuous complex more than 700 years later, it had already been battered by neglect and earthquakes, and largely destroyed once during a Persian conquest and later at the order of a mad Egyptian king. The newcomers rebuilt the church in the grand Romanesque and early Gothic style, uniting all three areas into one structure that survives to this day. Western European control of Jerusalem lasted only until 1187, when a Muslim army under Saladin reconquered the city. Though Crusader knights gained brief access to Jerusalem in the following century, the invaders were finally driven from the Holy Land in 1291. They left behind enormous castles and a bevy of churches, but their brutal tactics engendered resentment among the region’s Jews, Muslims, and eastern Christians that lingers even now. After the Crusaders left, the Greek Orthodox reclaimed much of the church, including the Aedicule, the small building sheltering the tomb, and the central nave and high altar to the east.