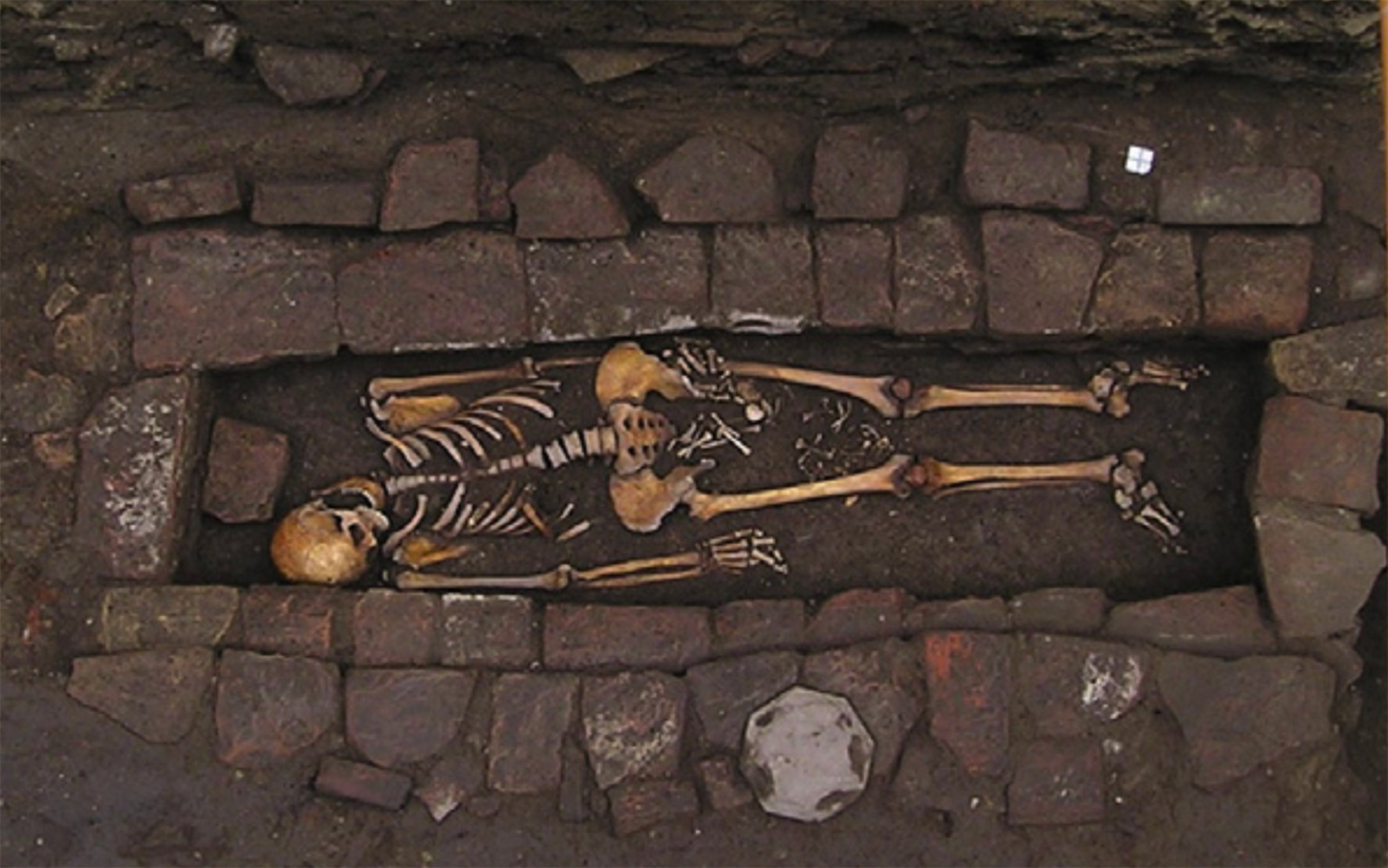 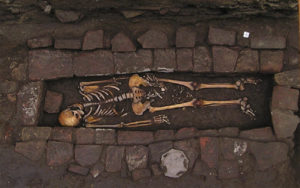 In a cramped stone grave beneath the medieval town of Imola, Italy, a 1,300-year-old woman lies dead with a hole in her skull and a fetus between her legs.

The fetus, now just a collection of tiny bones trailing below the mother’s skeletal pelvis, was likely delivered in the grave through a phenomenon called “coffin birth” — essentially, when an unborn child is forced out of its mother’s womb by posthumous gases after both mother and child have died.

It’s a rare sight in archaeology — but rarer still might be the peculiar circular wound bored into the mother’s skull.

Archaeologists from the University of Ferrara and University of Bologna attempted to unwind the mystery of this mother’s and child’s deaths in a new study published in the May 2018 issue of the journal World Neurosurgery. According to the researchers, these remarkable skeletal remains may present a rare Middle Ages example of a primitive brain-surgery technique called trepanation. This procedure involved drilling or scraping a hole into the patient’s skull to relieve pressure and (theoretically) a whole host of medical ailments. In this case, sadly, that relief may not have been enough.

“Our hypothesis is that the pregnant woman incurred preeclampsia or eclampsia [two pregnancy conditions involving high blood pressure] and she was treated with a frontal trepanation to relieve the intracranial pressure,” the researchers wrote in the new paper. “Despite the intervention, she did not survive, and died with the fetus in her womb.”