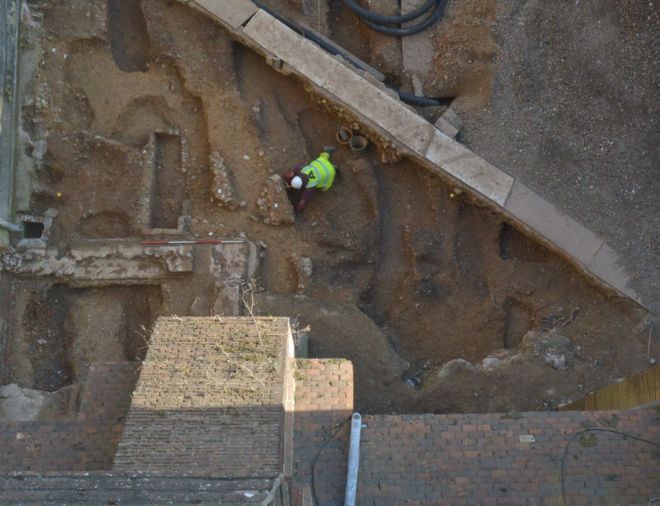 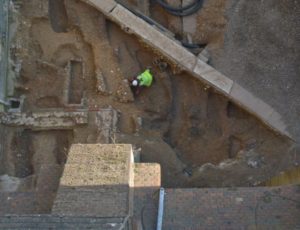 St Albans Abbey has been confirmed as one of England’s early Norman cathedrals after experts uncovered foundations of the early church.

Remains forming part of the early Norman abbey have been identified after foundations of the 11th Century church were revealed during excavation.

Site director Ross Lane said: “We knew it was probably there but this confirms it.”

Other Norman cathedrals in the UK include Durham and Canterbury.

“One of our major aims was to confirm its presence and confirm the abbey was one of the early Norman cathedrals.” ~Ross Lane

The Hertfordshire abbey is dedicated to Britain’s first saint, St Alban – a citizen of Roman Verulamium – who was martyred by the Romans.

The first church at the site was probably a simple structure over St Alban’s grave, making this the oldest site of continuous Christian worship in Britain.

The Canterbury Archaeological Trust has been excavating the site since August, ahead of the construction of a new visitor centre.

The visitor centre is due to open in June 2019.