Long-lost Dark Ages abbey may have been found in Scotland 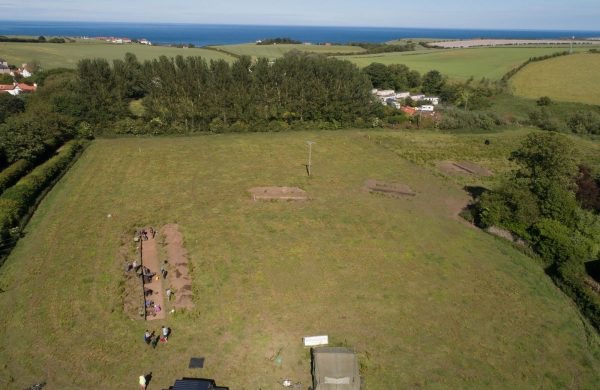 Excavations led by DigVentures have unearthed traces of a huge circular ditch at a site in Coldingham where the abbey, founded by Aebbe, an Anglo-Saxon princess born in 615AD who became a Christian convert, is believed to have stood.

The ditch is believed likely to be the ‘vallum’, a boundary surrounding the abbess’ religious establishment. Together with the discovery of two other ditch sections, the ditch seems to encircle the remains of Coldingham Priory which was founded around 1100AD, meaning, according to Manda Forster of DigVentures, that the “heart of Aebbe’s monastery is somewhere underneath it”.

The abbey was built in about 640AD and burned down shortly after Aebbe’s death in 668. But it was rebuilt and remained until it was eventually finally destroyed by Viking raiders in 870AD

The archaeological team has found a huge pile of butchered animal bones just outside the line of the boundary ditch which have been dated to 660-860 AD. Small scale industry, such as metal-working or pottery production, would usually have taken place in such a location at an abbey.