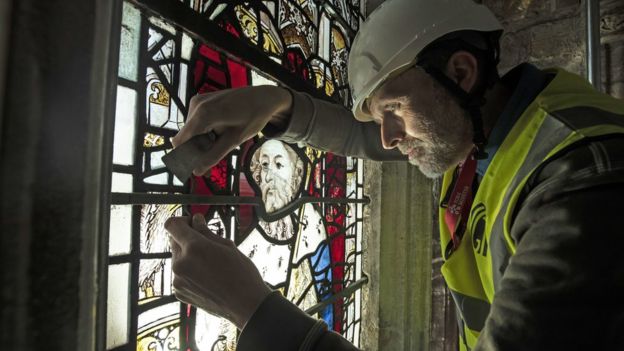 Two 600-year-old windows have been removed from York Minster as part of a major restoration project.

The windows are part of a sequence of eight and the 11-year project in the cathedral’s South Quire aisle will see all of them removed and restored.

They will also be given protective glazing to prevent future damage in the £11m scheme.

Exposed to the elements for centuries, the glass has cracked and buckled in places and allows water in.

The windows are believed to have been created between 1404 and 1414 and tell the story of the triumph of Christianity in the north of England, and the crucial role played by York Minster.