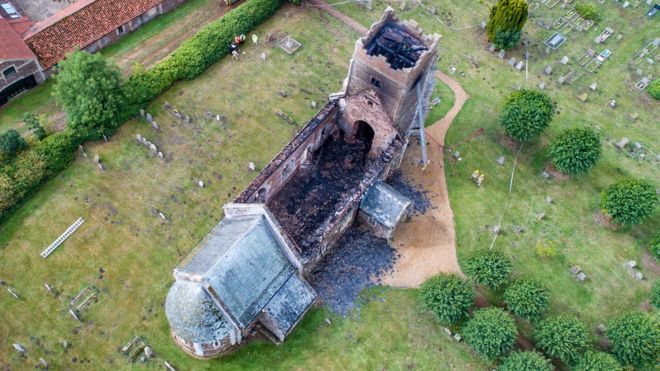 A 12th Century church has been gutted by a fire.

The blaze was reported at 06:07 BST and when firefighters arrived at the scene in Wimbotsham, Norfolk, they discovered the roof was alight.

Nine crews tackled the fire at St Mary the Virgin Church, which dates from 1175, and it was extinguished by 10:00.

“Unfortunately the majority of the church is 100% damaged.”

Part of the building was saved but the majority had been “100% damaged”, a Norfolk Fire and Rescue Service spokesperson said.

Station manager Terry Pinto said: “We have been able to save some of the building through early intervention but it is a very sad day.