Philippa Of Hainault: Mother Of The English Nation by Kathryn Warner

18 October 2019 Archivist Books Comments Off on Philippa Of Hainault: Mother Of The English Nation by Kathryn Warner 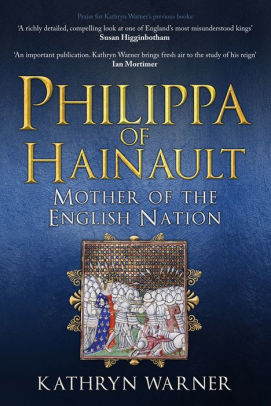 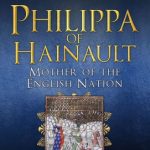 Philippa Of Hainault written by Kathryn Warner, is the first biography of a remarkable and influential English queen. The wife of King Edward III, Philippa was queen during some of the most historic events in English history. The couple married in 1328 and within 20 years England was embroiled in the Hundred Years War and saw the outbreak of the Black Death.

Royalty wasn’t immune to the disease, Philippa lost three children to the Plague, a teenage girl and two baby boys. She accompanied Edward on campaign during the Hundred Years War and convinced him not to execute the Burghers of Calais.

Get your copy of Philippa Of Hainault: Mother Of The English Nation, the first every biography of an impressive medieval Queen! The book is available from Amberley Publishing and on Amazon UK. It will be available on Amazon US in February 2020.

PHILIPPA OF HAINAULT MOTHER OF THE ENGLISH NATION

Philippa of Hainault: Mother of the English Nation is the first full-length biography of the queen at the centre of the some of the most dramatic events in English history. Philippa’s marriage to Edward III was arranged in order to provide ships and mercenaries for her mother-in-law to invade her father-in-law’s kingdom in 1326, yet it became one of the most successful royal marriages and endured for more than four decades. The chronicler Jean Froissart described her as, ‘The most gentle Queen, most liberal, and most courteous that ever was Queen in her days.’

Philippa stood by her husband’s side as he began a war against her uncle, Philip VI of France, and claimed his throne. She frequently accompanied him to France and Flanders during his early campaigns of the Hundred Years War. She also acted as regent in 1346 when Edward was away from his kingdom at the time of a Scottish invasion. She appeared on horseback to rally the English army to victory.

Philippa became popular with the people due to her kindness and compassion. This popularity helped maintain peace in England throughout Edward’s reign. Her son, later known as the Black Prince – the eldest of her thirteen children – became one of the greatest warriors of the Middle Ages. Her extraordinary life did not escape tragedy: in 1348 three of her children died, almost certainly of the Black Death. 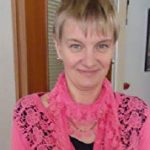 Kathryn Warner holds two degrees in medieval history from the University of Manchester. She is considered a foremost expert on Edward II and an article from her on the subject was published in the English Historical Review. She has run a website about him since 2005 and a Facebook page about him since 2010 and has carved out a strong online presence as an expert on Edward II and the fourteenth century in general. Kathryn teaches Business English as a foreign language and lives between Dusseldorf and Cumbria.