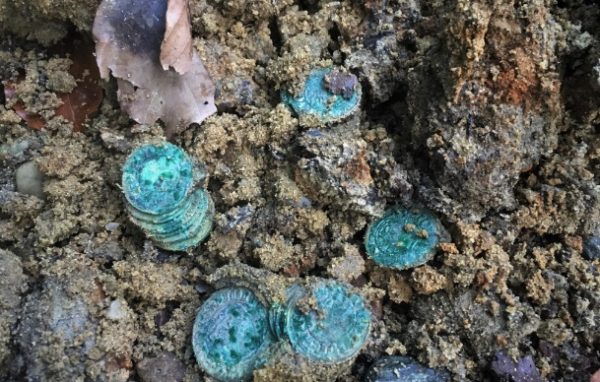 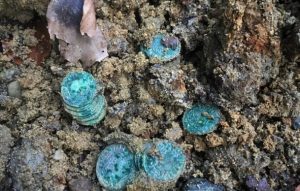 A treasure of 1,000 silver coins from the Middle Ages has been found in Vejle close to a forest.

The coins, which are made of 80 percent silver and 20 percent copper, weigh approximately one gram apiece.

Some 803 of them are loose, while the rest, up to 1,000, are attached to the remains of the pot in which they were buried.

“I thought I was going to find a lost purse with 20 coins along a road, but it just kept going until I eventually had hundreds of coins.”

The coins are a mix between Danish coins and coins minted in German Hanseatic cities in the early 1400s. One of the Danish coins was minted in 1424, and experts believe the treasure was buried within the following two to three decades.

During those years, there were many conflicts between Denmark and the northern German Hanseatic cities. However, the Hanseatic League, despite the conflict, was Denmark’s main trading partner, which explains the mix of coins.

Archaeologists estimate that the value of the coins at the time would be the equivalent of buying 10 cows – or enough to feed a farmer’s family for more than a year.

The museum believes in the possibility there are more coins out there, and it has launched a call for people to hand over any coins found in the area to the museum.