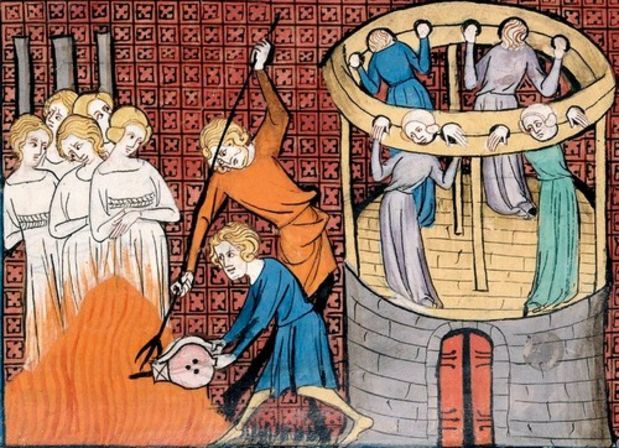 On 23 January 1484, the English parliament issued Titulus Regius, explaining why the newly crowned Richard III was the legitimate heir to the throne instead of the children of his brother, King Edward IV, and Elizabeth Woodville. Among the reasons listed was the fact that Edward and Elizabeth’s marriage only came about “by Sorcerie and Wichecrafte, committed by the said Elizabeth, and her Moder Jaquett Duchess of Bedford”.

More than a century before the mass witch-hunts that so characterise our knowledge of early modern Europe and Colonial America, this seems like a shocking piece of information. But witchcraft has a long history, and although it is not an issue we commonly associate with the Middle Ages, belief in magic was indeed prevalent during this period.

It is in 15th-century England where the development of ideas of witchcraft can truly be seen to have been both informed by high-profile accusations, and to also influence the accusations themselves. Early in the century, Dowager Queen Joan of Navarre (c1370–1437), second wife of King Henry IV of England, was accused of using evil magic to try to kill her stepson, Henry V, alongside a small handful of accomplices.

The ideas were not overly developed, however, and the methods supposed to have been used are not entirely clear. It was merely said she tried to kill him in the most “evil and terrible manner”. She was imprisoned in Leeds Castle for several years, until Henry V released her upon his deathbed.