Skeleton Lake: Hundreds of people have died over past 1,000 years

31 October 2019 Archivist Archaeology Comments Off on Skeleton Lake: Hundreds of people have died over past 1,000 years 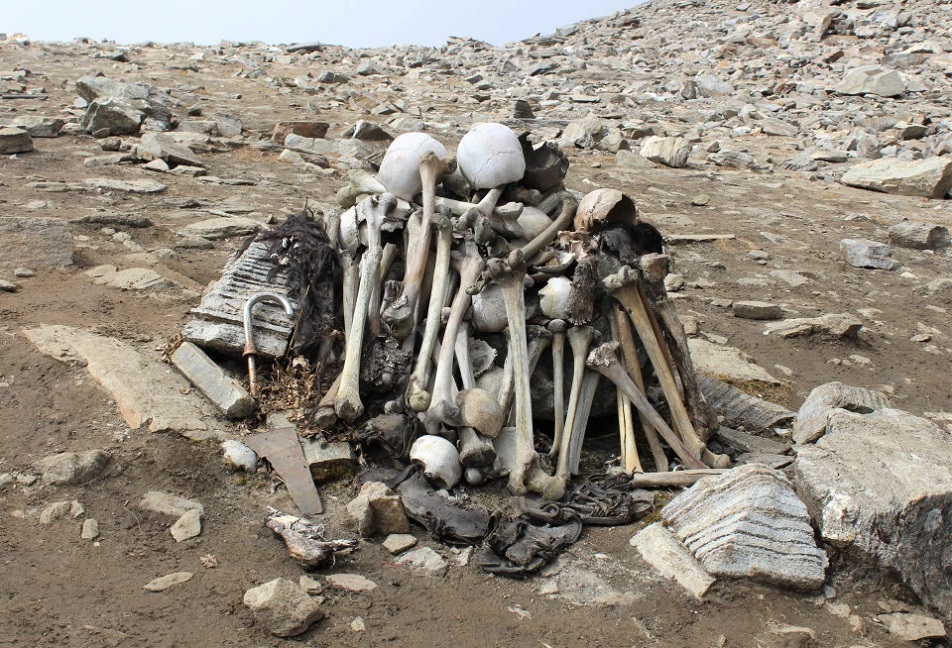 A decades-old mystery over an eerie Himalayan lake littered with human remains deepens – as scientists say hundreds of people died there spread over 1,000 years.

It was previously thought that the “Skeleton Lake” site was the result of a sudden and strange ancient catastrophe in the 9th century.

But new research suggests that skeletons at Roopkund lake were killed in multiple events between the 9th and 19th centuries.

Adding to the mystery is DNA evidence that suggests some of the people who died in the Indian region were from the Mediterranean.

And many of the skeletons have crushed skulls created by blows to the back of the head – likely created by round objects falling from above.

“Roopkund Lake has long been subject to speculation about who these individuals were, what brought them to Roopkund Lake, and how they died,” said study author Niraj Rai, of India’s Birbal Sahni Institute of Palaeosciences.

Read the full story on The Sun