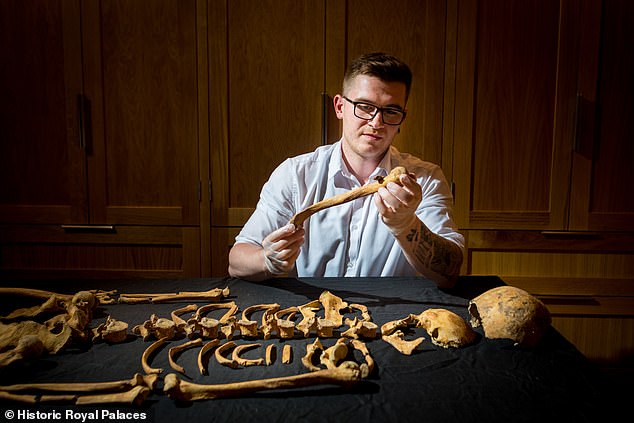 Two mysterious skeletons believed to be a mother and child have been discovered in the Tower of London – but unlike most they do not appear to have been prisoners there.

Although the 950-year-old tower has seen many die at the headman’s axe and hundreds locked within its dungeons, it has not always had such a sinister reputation.

During the late medieval and early Tudor period the tower was a bustling medieval palace and community hub with chapels, pubs and government facilities.

The intact skeletons, a woman aged around 40 and a 7-year-old girl, came to rest in the same place as Anne Boleyn, Thomas More and others who fell out of favour with Henry VIII.

However the pair whose bones are believed to be around 500-years-old were neither prisoners or royals and are believed to have spent their lives working inside the castle’s walls as part of the labouring class.

No doubt members of the castle’s community the pair were respectfully given a christian burial with feet facing east in the connected burial plots below the Chapel of St. Peter ad Vincula.

The chapel, which has recently been renovated, is the burial place of three English queens – Anne Boleyn, Katherine Howard and Jane Grey – as well as Catholic saints Thomas More and Bishop John Fisher and is around 100 feet northwest from the tower of London and within its walls.

This is the first discovery of human bones in nearly 50 years at the monument, now a perennially busy tourist attraction.