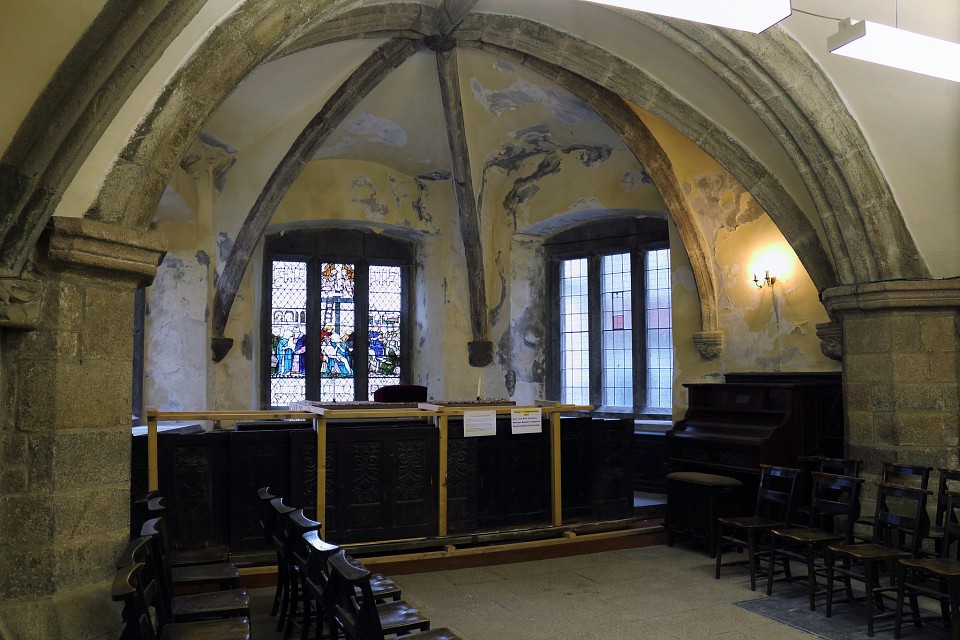 An almost innocuous iron ring embedded into the north wall of the chapel is now all that remains of this gruesome past.

But records unearthed from Aberdeen’s city archives have revealed this two inch wide ring was installed to chain the witches up while they were being held in the prison.

They reveal that 23 women and one man were tried and executed for witchcraft in the city during the Great Scottish Witch Hunt of 1597.

‘This was the last place these people saw before they were taken off to be killed and their bodies burned.’

Dr Arthur Winfield, who is leading a project to restore and preserve the ‘Mither Kirk’, as St Nicholas’s is known locally, said it was hard to imagine the chapels dark past when standing in it now.

He told MailOnline: ‘I was quite sceptical that the ring was anything more than a piece of metal in the wall. It looks so insignificant.

But the city archives show in quite some detail that this ring was installed specially to hold those who had been accused of committing witchcraft.