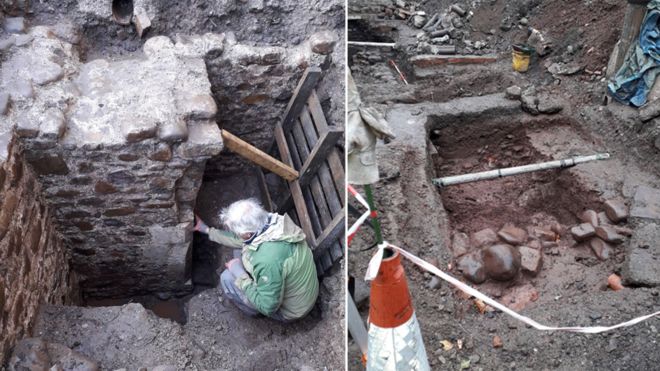 A “high status” medieval building has been discovered under public toilets in Cardiff, according to archaeologists.

The site is next to the 13th Century Old Bishop’s Castle in Llandaff, which suggests to experts that an important person would have lived there.

Archaeologists said the medieval building dates back to about 1450.

This was a surprise to find a high status building.

The dig, which involves more than 200 school children and 35 other volunteers, began as the former toilets are being converted to make way for a community and heritage centre.

The toilets were built in the 1930s on an area known as the Pound as it had been used to house stray animals since the 17th Century.