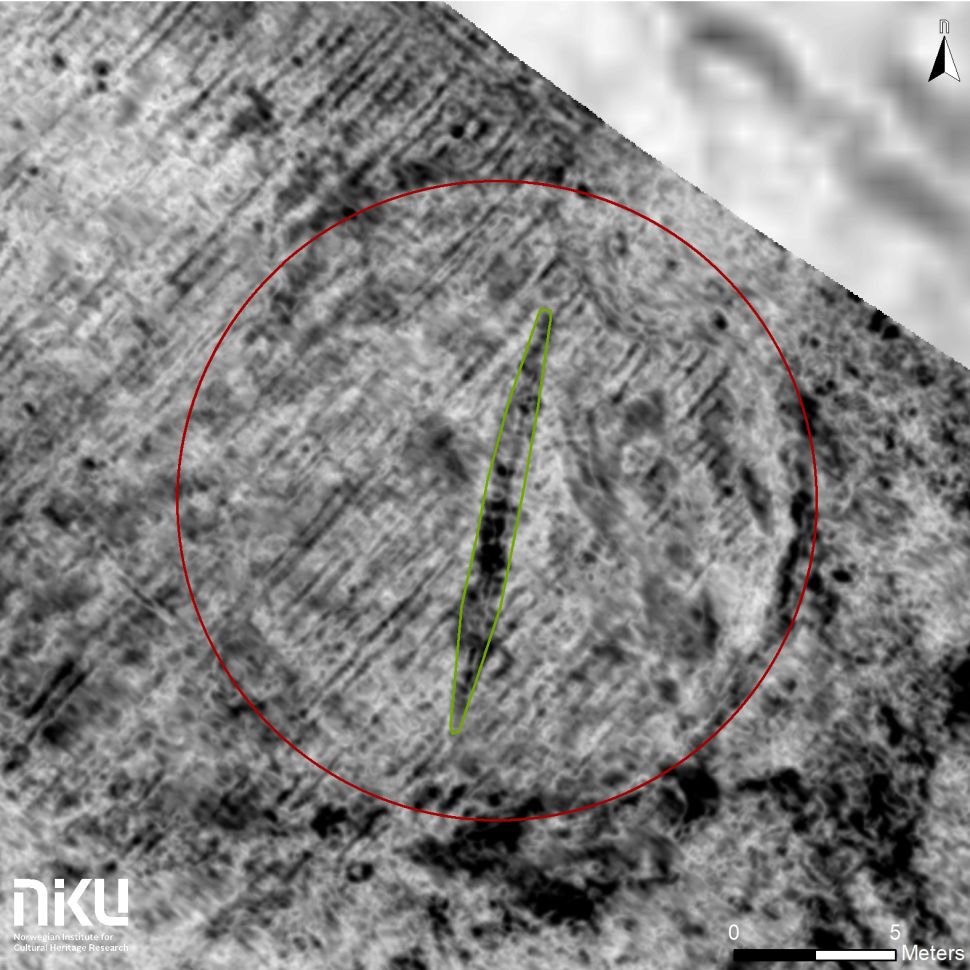 The remains of a Viking ship have been discovered on a farm near a medieval church at Edøy, on the island of Smøla, in Norway.

The ship, which is 52 to 56 feet (16 to 17 meters) long, appears to be part of a burial mound, suggesting that it was used to bury someone important, said its discoverers, archaeologists Manuel Gabler and Dag-Øyvind Engtrø Solem, both with the Norwegian Institute for Cultural Heritage Research (NIKU).

They don’t know if there is a skeleton or multiple skeletons inside the boat.

The archaeologists used high-resolution georadar mounted on a cart to make the discovery. In fact, it was almost by chance they spotted the ship’s outline.

We had actually finished the agreed-upon area, but we had time to spare and decided to do a quick survey over another field. It turned out to be a good decision”

The ship dates back more than 1,000 years to the time of the Vikings or even a bit earlier, Knut Paasche, head of the Department of Digital Archaeology at NIKU and an expert on Viking ships, said in a statement.

Read the full story on LiveScience